The story of this hotel in Castejón de Sos in the Benasque Valley began in the 1940s with the present owner’s grandmother, María Rosa, in the Casa Morancho, as the house was known then. A widow with seven children, she managed to make a living by providing meals and renting out a room to the few people who passed through the valley in those days. María Rosa’s son, José Plaza, and his young wife, Ramoneta undertook the repairs to the spare rooms of the house. The result of their work was the modest Fonda Plaza, known for its stews and casseroles cooking on the wood stove. This was in the 1960s.

The taste and aromas of home cooking attracted cattle dealers, 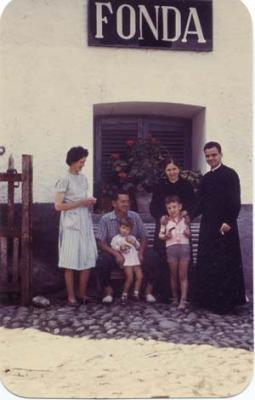 passing office workers and also the first summer tourists drawn by the mountains of the Benasque Valley, as well as French fishermen looking for trout in the River Ésera and families looking for the cool summer air of the Pyrenees.

As times changed, Castejón de Sos grew and the demand for hotel services increased. When the time came for her to take over from her parents, José and Ramoneta’s daughter, Marisa, thought about leaving the area as many others of her generation were doing, but ‘’something’’, perhaps the mountain people’s sense of obligation to their heritage, made her decide to stay.

The family business consisted of board and lodging and some livestock. However, Marisa knew that to survive, it was necessary to move with the times. She did not have any clear ideas, except that her destiny was not with the pots and pans of the old hostel that her parents had left her. Changing everything required a lot of effort.

She decided to close the kitchen and at the same time she began to look out all the memorabilia (‘zarrios’ as they say in Aragon) which her parents had discarded as worthless. Crockery, photos, notebooks, books that had belonged to her uncles and aunts now gave life to every corner of this hotel and allowed the travellers who now arrived to have a glimpse of her grandparents’ old house. This act of rebellion may have been difficult for her parents to take in, but not for Marisa. The transformation of her legacy made possible the opening of the new Hotel Plaza at the end of 2006, with its old stables and hay lofts now converted to allow the expansion of services and rooms for its guests. 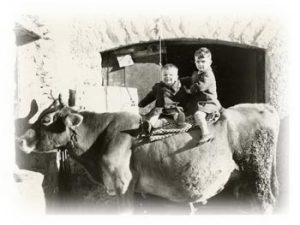 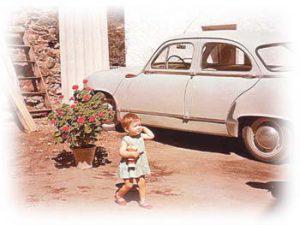